A CELL TOWER IN YOUR HOUSE?

In the 1990s there was a mad rush to update all the mobile phone and cordless phone systems to digital. The advantages were many, with much better speech quality and reliable connections without a big external aerial. In Europe the DECT standard was agreed for cordless phones and this at last allowed them to look and feel like a true mobile phone, with systems supporting multiple handsets and intercom type facilities. Unfortunately this is where the potential health problems began - the specification allowed the base station to continuously transmit at full power even when not being used for calls. This was done for the base station to keep in touch with the mobile handsets which would occasionally "wake up" and listen for the signal before going back into power saving sleep mode. The DECT phones only have a range of 10-100M so the power transmitted is not large (peaking at 250mW), but it is a digital pulsed system with the pulses repeating at a frequency similar to some of your brain-wave frequencies. Some people are affected more than others with symptoms ranging from headache and sickness to increased heart rate and disruption of sleep.

The handsets are relatively safe as they only transmit significantly when being used to make a call, but the transmissions from the base station (the part that connects to your phone line) can adversely affect you more because they are on all the time, especially if you spend prolonged periods near it (for example its located near your bed), then you will receive far more exposure to the radio signal than is healthy. If you are just using the mobile part of a DECT phone then there is not so much of a problem as you will only be exposed to the strong radio signal for the duration of the call. If making a call causes some of the symptoms, then DECT is not for you.  The signal from the base station in this situation will decrease rapidly as you move away from its location, and hence will have less affect on you. These health problems were recognised by the industry and a new standard was developed which stopped the base stations continuous transmissions - this was named ECO-DECT. As of 2011 most devices on the market are still working to the old DECT standard so you must hunt around if you wish to purchase one of these new DECT systems.

The US have now adopted the DECT standard for cordless phones but using a different frequency band  - hence the new name DECT 6.0. As these will be newly developed devices with the latest chip-sets inside it is likely that most will have an ECO mode - but you must check before you buy and once purchased make sure you switch on the ECO mode. There are far more reports in Europe of side effects from the old non-ECO devices than there are of effects from mobile phones and other radio technologies.

To summarise:
If you want a new cordless phone make sure its "ECO DECT". Try ECO DECT on Amazon.
If you have an older DECT phone make sure the base station (the fixed part with the phone line attached) is located away from anywhere that would give you prolonged exposure - i.e. away from your bedroom or office.
Treat the DECT phone like a mobile phone and get a headset to reduce exposure to the transmissions during long phone calls. 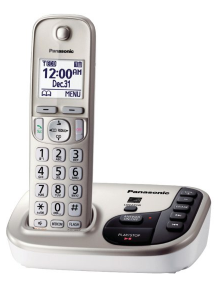 Note Beware:- Some manufactures have jumped on the bandwagon and labelled their devices ECO DECT because the manual is made from recycled paper. Read the small print and make sure you buy the correct type. A good example of a ECO DECT devices are the Siemens Gigaset range such as the C420a or Siemens Gigaset C475. If you choose to keep your DECT cordless then at least ensure the base station is located away from any area where you spend a lot of time - especially keep it out of the bedroom where you would have a lot of exposure and likely disrupted sleep. 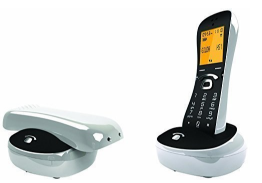